With thanks to Dominic Sheridan of Australian Great War Poetry 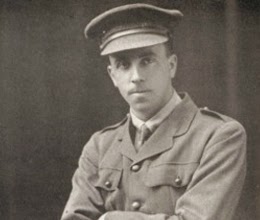 Harold Delf Gillies was a New Zealander. He was the inventor of the ‘pedicle tube’ in WW1. Antibiotics had not yet been invented, meaning it was very hard to graft tissue from one part of the body to another because infection often developed. But while treating Able Seaman Willie Vicarage, Gillies invented the “tubed pedicle”. This used a flap of skin from the chest or forehead and “swung” it into place over the face. The flap remained attached but was stitched into a tube. This kept the original blood supply intact and dramatically reduced the infection rate. Because of Gillies’ pushing, the Queen’s Hospital, Sidcup, in England, was opened in 1917.