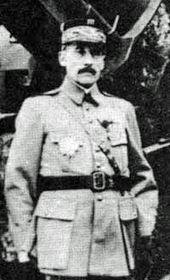 Louis was born in Metz in eastern France on 29th August 1859. After Germany took the town in the Franco-Prussian War in 1871, the Adrian family left the city in order to ‘stay French’.  Metz was returned to France at the end of the First World War. This disruption to his education caused by the move did not stop Louis wining the ‘Grand Prize’ in 1878, awarded annually to the very best students in France. He studied Engineering then Applied Engineering before being commissioned as a Lieutenant with the 3rd Arras Regiment.  By 1885, Louis was a Captain and in Cherbourg, working on the construction of barracks and coastal defences.

In 1913, Louis took early retirment due to health problems but when war broke out in August 1914, he asked to serve again and was appointed Assistant Director of Stewardship for the Ministry of War, with responsibility for clothing and equipping France’s new armies. He acted quickly, liberating 4,000 tons of cloth and wool from Lille, just before the German army marched in on 14th October 1914. The liberated fabric was soon being worn as uniform to replace the previous French Army uniform of bright red trousers and polished mess kits that made ‘le Poilu ‘ easy targets against the countryside they would be fighting in.  As well as the helmets Louis designed temporary barracks for the front line troops. 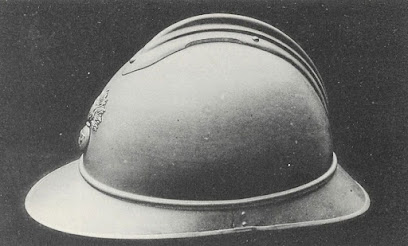 Then General Joffre commissioned Louis to design a helmet that offered both increased protection and comfort. It had to weigh as little as possible, yet be strong and easy to manufacture in large quantities. The ‘M15’ design was approved at the end of April 1915 and production began immediately at the Japy factory for 529,000 by 1st August 1915 but they only managed to supply 141,000.  Encouraged by Louis and the needs of war, production began to speed up.  By September of that year, 52,000 helmets were produced every month and millions of soldiers’ lives were saved.

On 18th December 1918 a decree was made to award each French officer and solder a ceremonial Adrian helmet and with it a brass plaque that fitted over the visor inscribed ‘Soldat de la Grande Guerre 1914-1918’ (Soldier of the Great War 1914-1918).

Louis’ barracks were used as temporary housing after the war and still in use during the Second World War.

The Adrian helmet remained standard military issue in the French army, evolving slightly into the even stronger M26 for World War II, and was also used by the French police into the 1960’s.

Louis died  on 8th August 1933 in Paris.  There is a memorial to him in Genets in north west France. 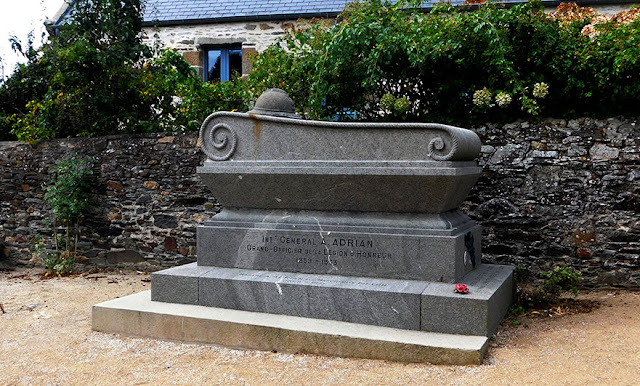