Rin Tin Tin the puppy that became a film star


I'm working on a panel for the Fascinating Facts of the Great War section of my Exhibitions - it's about Rin Tin Tin, the famous German Shepherd Dog movie star - and I thought you might like to know how Rin Tin Tin got his name... 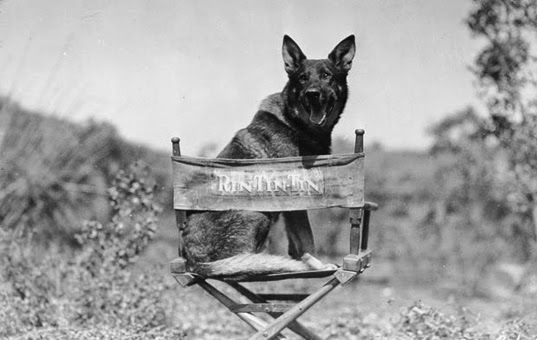 The original Rintintin was one of a pair of Parisian street urchins ('titis' in Parisian slang) drawn as a cartoon by a French Artist in 1913 and called Nénette et Rintintin. The little cartoon couple became famous throughout France during WW1 because of a popular song and people made little dolls representing the couple out of bits of left-over wool.  Paris was not occupied during WW1 but it was during WW2 when the artist who drew Nénette et Rintintin was put under house arrest for designing patriotic posters, cartoons and cards during WW1.

The drawings and song depicted the couple as escaping unscathed from the various bombardments that Paris was subjected to during the First World War, so they were made into good luck charms and also brooches and distributed widely. The artist designed a postcard with the woollen dolls pictured on it with a little poem and these were sent to troops at the Front for luck, which may be how Lee Duncan knew about them.

Rin Tin Tin was found by an American Army Corporal called Lee Duncan in a bombed out kennels in Lorraine in the east of France (which back then was under Germany rule) in August 1918.   The kennels had bred guard dogs for supply to the German Army.    The story goes that there was a German Shepherd bitch still alive in the kennels and she had just given birth to six puppies. Duncan rescued them and took them back to his Regiment's camp to look after them - the puppies were so tiny they apparently hadn't opened their eyes.

Once they were weaned, Duncan chose two puppies for himself - a male and female - and called them Nanette and Rin Tin Tin.  He took them back to America with him after the War - Nanette died but Rin Tin Tin survived.  Lee Duncan trained his dog and the rest, as they say, is history.   Rin Tin Tin lived until 1932, starred in 27 films and even had his own radio show from 1930 - 1932.  Duncan took the body of his dog back to Paris where Rin Tin Tin is buried.   There were eleven more dogs, reportedly related to the original Rin Tin Tin, after his death and a TV film series was also made using his name.
Sources:  Sources:  www.nenette.tm.fr and www.malraux.org

Note: “titis” is a word in Parisian slang meaning ‘street children’.   For fans of “Les Miserables”, Gavroche is a ‘titi’.   "Titi"is also the name used in France for Tweetie Pie the cartoon character.

I have recorded one or two of the items from my WW1 Commemorative project Female Poets, Inspirational Women and Fascinating Facts of the First World War for a radio show on Preston FM which is due to be broadcasts on Saturday afternoon, 10th May 2014 if you have time to listen.

By a very strange coincidence I found out about a poet I had not heard of before - a British soldier poet called Rex Freston who was killed in 1916.

Dave Coleman has an excellent weblog in which he explains the whole story so over to Dave:

with many thanks to Dean Johnson and to Dave Coleman for getting in touch with me. 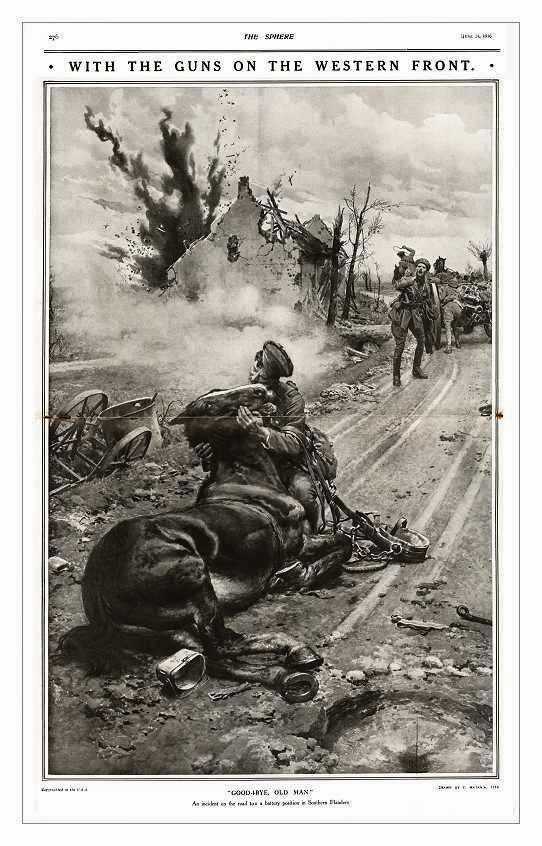 Fortunino Matania was the artist who painted the picture "Goodbye Old Man" which was used as a poster for the Blue Cross Fund, the charity founded during WW1 to help wounded and sick animals in the theatres of war.

Fortunino was born in Naples, Italy on 16th April 1881, the son of Eduardo Martania, who was an also an artist. Fortunino moved to England where he worked until his death in 1963.

A large, black and white framed picture of the painting hung in the lounge of my maternal Grandparents' home in Crayford, Kent.   I used to stand and gaze at the picture, wondering what had happened to the horse...

The Blue Cross Charity still exists today and still needs our h help. To find out more and how you can help see www.bluecross.org.uk 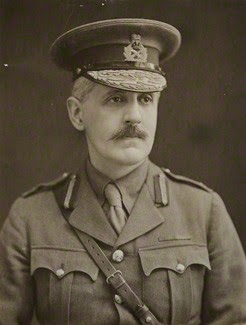