Book Review: "The Battle of the Frontiers Ardennes 1914" 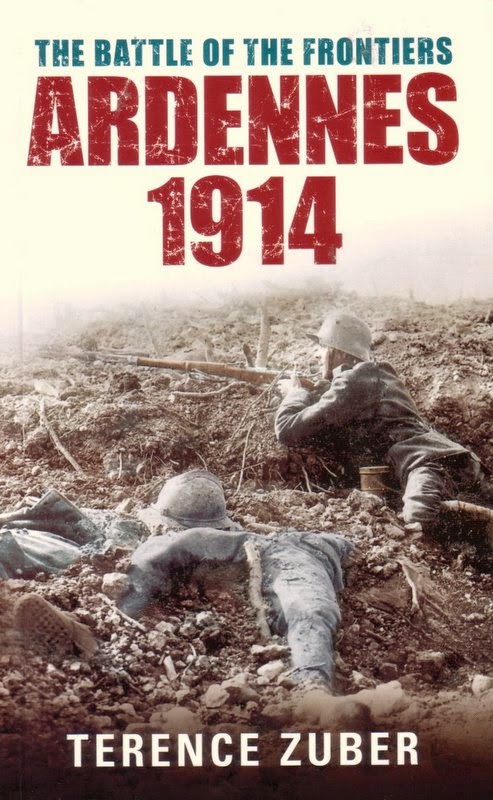 I knew about the Ardennes in the Second World War but I'm ashamed to admit I did not know of the  significance of the area in the First World War, in spite of having driven through there many times.

Terence Zuber, a retired American Army Officer, has 'walked the battlefield' and gives a fascinating, step by step account of the fighting that took place in the early days of the First World War.   He also explains the build up to WW1 - the 'war to end all wars' - with background information, statistics and details of what happened after the Franco-Prussian War 1870 - 1871, when France lost territory to Germany.   Terence Zuber also has an interesting website: http://www.terencezuber.com/ardennes.html

To my mind, this book is an excellent starting point for anyone interested in the First World War.
Posted by Lucy at 02:52