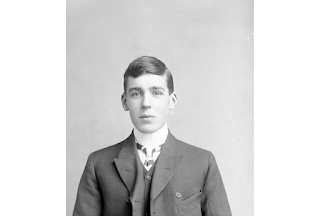 The Festival of Nine Lessons and Carols from King’s College, Cambridge on Christmas Eve

The idea of holding a special Festival of Nine Lessons and Carols for the Choir of King’s College, Cambridge University in England came from Eric Milner-White who was appointed Dean of King’s College.

Eric Milner-White was the son of Henry Milner-White (1855 – 1922), a barrister, company chairman and Justice of the Peace for Hampshire, and his wife Kathleen Lucy (née Meeres). Eric had two brothers – Rudolph (1885 – 1954) and Algernon (1887-1895). The boys’ Mother died in 1890 and their father married Annie Booth Teasdale in 1894. They later became Sir Henry and Lady Milner-White. Educated at Harrow School, Eric went up to King's College, Cambridge in 1903. He won a scholarship to Cambridge to read history and graduated in 1906 with a double-first and was the recipient of the Lightfoot Scholarship.

After theological training at Cuddesdon College in 1907, Eric was ordained as an Anglican Church Deacon in 1908 and Priest in 1909 in Southwark Cathedral, London. He served curacies at St Paul's Church, Newington (1908–1909) and St Mary Magdalen, Woolwich (1909–1912) before returning to King's College as Chaplain in 1912. He was appointed lecturer in history at Corpus Christi College, Cambridge at the same time.

During the First World War, Eric volunteered for service as an army chaplain and served on both the Western Front and on the Italian Front. He was appointed senior chaplain to 7th Infantry Division on 15 February 1917 (with temporary promotion to Chaplain to the Forces, 3rd Class).  For his service during this period he was Mentioned in Despatches on 24th December 1917 and awarded the Distinguished Service Order (DSO) in the 1918 New Year Honours List.

Eric resigned his commission on 5th January 1918 and returned to Cambridge. Upon returning he was made the Dean and a Fellow of King's College.  Eric was horrified by what he had witnessed during his time at the Fronts of WW1 and, as the College had lost 202 men during the conflict, he decided to make their Festivals simpler, warmer and more colourful.  He began after the Armistice for Christmas 1918 with the creation of a new Christmas Eve service that would allow anyone to join in and celebrate as well as grieve for absent friends.  There would be no Latin, no sermon, no Psalms but lots of singing.   By 1934, the BBC were claiming the service was “traditional”.

Eric founded the Oratory of the Good Shepherd and served as the Order's Superior from 1923 to 1938. He was re-appointed as an honorary chaplain to the armed forces, 3rd class, on 1st September 1921.

During his time at King's College, Eric introduced the Service of Nine Lessons and Carols. This was first broadcast by the British Broadcasting Corporation in 1928 and has now become a major part of the BBC's Christmas programme.

Eric remained at King's College, Cambridge until 1941, when he was appointed Dean of York. During his time as Dean, he directed the replacement of many of York Minster's windows and undertook a great deal of writing on liturgical matters, for example My God My Glory (1954). He served on various national committees and served on the Advisory Council of the Victoria and Albert Museum from 1944 to 1959 due to his interest in stained-glass windows. He also became Provost of the northern section of the Woodard Corporation, a charity which runs a number of private schools with a strong Christian ethos and, from 1948 to 1962, was amongst those who produced the New English Bible.

Eric, who was an avid collector of ceramics, was made an Honorary Freeman of the Worshipful Company of Glaziers in 1948 and appointed a Commander of the Order of the British Empire (CBE) in the 1952 Queen's Birthday Honours List. The same year he was awarded a Lambeth Doctorate of Divinity. He was also awarded an honorary Doctor of Letters (DLitt) in 1962 by the University of Leeds.

Eric Milner-White died of cancer in the Deanery of York Minster on 15th June 1963.   Since his death, student accommodation at the University of York's Vanbrugh College has been named after him.

I did not realise until around 1992 when some Portuguse friends told me that their Great-Uncle had been a medic on the Western Front, that Portugal had been involved in the First World War.  As England’s oldest ally, Portugal sent soldiers, nurses and material to help the Allied cause both on the Western Front and in East Africa.

Born on 9th July 1895 in the little village of Valongo de Milhais, a parish of Murça, in the north of Portugal, Aníbal grew up in a farming community and went on to become a farmer himself. On  30th July 1915, Aníbal was drafted into the Portuguese Amry's Infantry of Bragança. In 1917, he was mobilized to join the Portuguese Expeditionary Corps and was posted to France as a member of the Trás os Montes Brigade from the 2nd Infantry Division of the Portuguese Expeditionary Corps. The 2nd Infantry Division was deployed to the front line.  During the Battle of Lys, "Operation Georgette", Aníbal defended an abandoned trench single-handedly operating several Lewis guns, thus ensuring the safe withdrawal of Portuguese and Scottish troops. Aníbal found himself alone to the rear of the enemy lines for three days. On the third day,  still carrying his Lewis gun, Aníbal rescued a Scottish Major from a mud-filled trench, and the two reached Allied lines. He was warmly welcomed, but kept quiet about his exploits. However, the officer he had helped reported his actions.

A few months later, Aníbal once again held back a German assault single-handed with his Lewis gun, allowing a Belgian unit to retreat safely to a secondary trench without casualties. Both the British observers and the Belgian commander included his action in their reports. Aníbal was awarded the highest Portuguese distinction - the Order of the Tower and Sword - and the French Légion d'Honneur.

After the war, Aníbal, by then a national hero and with the nick-name ‘soldier worth a million soldiers’, married his sweetheart and went back to farming.  However, he was unable to earn enough mony to support his family. The Portuguese government promised to help, but instead of an allowance, they named the village where he was born after him.

Aníbal went to live in Brazil, where he was warmly welcomed. When the Portuguese community in Brazil realized that Aníbal was in need, they collected sufficient funds to send him back to Portugal with enough money to provide for his family.  He returned to Portugal on 5th August 1928 and began farming again.  He was allocated a small pension which gave him enough to  live on.

Aniíbal died on 3rd June 1970. A permanent exhibition remembering his achievements can be seen in the Military Museum in the city of Porto. A statue was erected in his hometown as a national tribute and as a symbol for Portugal of a very brave man.  In April 2018, a Portuguese film entitled “The Soldier Millions (O soldado Milhões)” was released telling the story of Aníbal’s WW1 exploits - directed by Gonçalo Galvão Teles, Jorge Paixão da Costa, Written by Mário Botequilha, Jorge Paixão da Costa and starring João Arrais, Miguel Borges, Raimundo Cosme

For information about Portuguese Nurses during the First World War, see https://inspirationalwomenofww1.blogspot.com/search?q=Portuguese+nurses

A post about another Portuguese soldier in WW1 - https://fascinatingfactsofww1.blogspot.com/search?q=Portugal