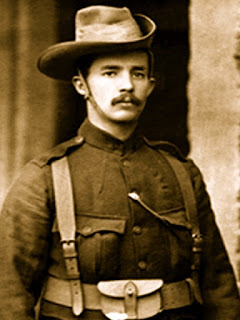 Best remembered for his novel “The Riddle of the Sands” (1903), Robert Erskine Childers was born on 25th June 1870 in Mayfair in London, UK.   His parents were Robert Caesar Childers, an Oriental scholar and civil servant, and his wife, Anna Mary Henrietta Childers, nee Barton, who was Irish from Wicklow.  Erskine’s cousin, Hugh Childers, was a member of the British government who advocated home rule for Ireland.

Educated at Haileybury College, Hertfordshire, which was founded to train boys for Colonial service in India, Erskine went on to study classics and law at Trinity College, Cambridge, where he also played rubgy and rowed.    Erskine was slightly injured while hill walking and from then on he walked with a limp and this led to him taking up sailing.

When the Second Boer War broke out, Erskine joined the City of London Imperial Volunteers, an Artillery Regiment, which was funded by institutions of the City of London.  Erskine’s unit sailed for South Africa in February 1900.  That August, suffering from Trench Foot, he was sent to hospital in Pretoria, during which time he came into contact with some wounded infantry soldiers from Ireland and was impressed by their loyalty to Britain.

During an exchange visit of the Honourable Artillery Company of London to the Ancient and Honourable Artillery Company of Massachusetts in Boston in America, Erskine hired a motorbike to explore.  While there, he broke down and by chance met Mary Aiden Osgood, known as “Molly”, daughter of Dr. Hamilton Osgood, a Boston doctor.  Erskine and Molly were married on 5th January 1904 in Trinity Church, Boston.  On their return to London, the couple lived in Chelsea.

In July 1914, Erskine helped to smuggle guns from Germany to Irish Nationalists.

In August 1914, Erskine volunteered for the Royal Naval Volunteer Reserve and was granted a temporary commission as a Second Lieutenant.  He was posted to “HMS Engadine”, a seaplane carrier, and flew as a navigator and observer.   Erskine took part in a raid on Cuxhaven airship base on Christmas Day 1914 and was Mentioned in Despatches.

In 1915, he was posted to  “HMS Ben-my-Chree”, which was converted into a seaplane carrier, and served during the Gallipoli Campaign and in the Mediterranean.   For bravery during these Campaigns, Erskine was awarded the Distinguished Service Cross.

Erskine returned to Britain in April 1916 and worked at the Admiralty, allocating seaplanes to ships.  He then began training for a new coastal motor boat squadron for service in the English Channel.   In July 1917, he was assigned to the Secretariat of Lloyd George’s Home Rule Convention, based in Dublin.

Appointed as Director of Publicity for the first Irish Parliament in 1919, Erskine wrote and published “Military Rule in Ireland” attacking the British government’s Irish policy.   He stood as a Sinn Fein candidate in the June 1922 general election in Ireland.   He was arrested in November 1922 and court martialled on a charge of posssessing a semi automatic pistol in violation of the Emergency Powers Resolution.  Erskine was tried, found guilty and executed by firing squad on 24th November 1922.  He was buried Glasnevin Cemetery in Dublin, Ireland. 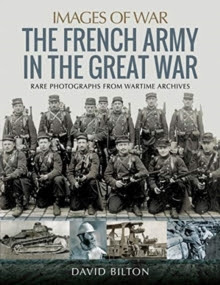 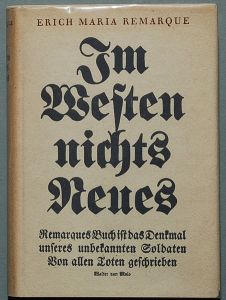