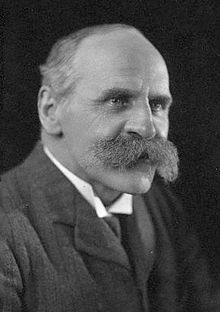 Through his research, John Scott Haldane became an international authority on ether and respiration and was famous for self experimentation – locking himself in sealed chambers breathing potentially lethal cocktails of gases while recording their effect on his mind and body.

John married Louisa Kathleen Coutts Trotter (1863–1961) in December 1891.  She was the daughter of Coutts Trotter FRGS and Harriet Augusta Keatinge. They had two children – a son  J. B. S. Haldane, who served in WW1 and became a scientist - and Naomi, who became a writer and wrote using her married name of Mitchison. His nephew was the New Zealand doctor and public health administrator Robert Haldane Makgill.

When the Germans used poison gas during the First World War, John travelled to the Western Front at the request of Lord Kitchener to try to identify the gases being used. One outcome of this was his invention of a respirator, known as the black veil - an early gas mask   After being forced out of combatting poison gases in WWI due to alleged German sympathies, he began working with victims of gas warfare and developed oxygen treatment including the oxygen tent.

After John’s death in March 1936, the poet Sir Henry Newbolt wrote this poem:

To quiet a graveyard of unnumbered clods?

Is thy bread truth, or we that break and bless?

Shall we not live at last, when we are Gods?

With thanks to Alan Hewer whose post on Facebook Group Great War Reads inspired me to research Paul Linter. 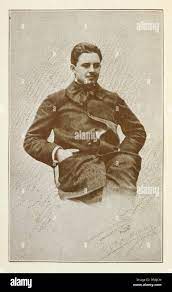 Paul was born in Mayenne, France.  His father – also called Paul Lintier - was a wine merchant and former Mayor of Mayenne being in office from 1898 – 1910.  Paul studied at the school in Laval, gaining his baccalauréat in 1910.  He then went to study law at the University of Lyon, where his uncle - Édouard Lambert – was a professor.  Paul worked as a lawyer and wrote books until war broke out, publishing a pamphlet about his friend the artist Adrien Bas in 1914.

Paul volunteered at the start of hostilities, joining the French Army and was sent to the 44th Regiment – 11th Battery – of the Artillery, who were based in Le Mans.  Paul was at the forefront of the war from the start and was wounded in the hand on 22nd September 1914 fighting near Fresnières.  The doctors in the Dressing Station he was taken to wanted to amputate his thumb, so he fled to another Field Ambulance where they managed to save his thumb.  He was sent to recuperate at the Hospital in Mayenne, where he met fellow llawyer, journalist and writer Marcel Audibert (1883 – 1967), who was fighting with the 102nd Regiment of Infantry when he was also wounded.

While convalescing, Paul replaced Victor Bridoux, Director of the newspaper Mayenne-Journal, and published articles about the war.  Promoted to the rank of Non Commissioned Officer on 1st April 1915 Paul was sent to the front to serve in Munitions, in spite of his hand wound.  He began keeping a notebook of his impressions of the war.   Paul was killed on 15th March 1916 at Jeandelaincourt (Meurthe-et-Moselle).  His body was buried in the Cemetery at Faulx.   However, after the war his family retrieved his body and it was placed in the family vault in Mayenne in 1921.

Paul Lintier’s wartime notebook was taken from his body on the field of battle by his comrades in arms and published as “Avec une batterie de 75 / le tube 1233: souvenirs d'un chef de pièce” (The translation of Chef de Pièce is detachment commander, gun captain, gun commander).

The obituary in the local newspaper states that Paul’s mother was President of the local association that helped war wounded and his uncle, Louis Lintier, was Mayor of Mayenne. 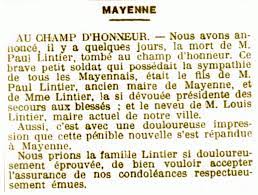 Mayenne is a department in northwest France named after the river Mayenne. Mayenne is part of the administrative region of Pays de la Loire and is surrounded by the departments of Manche, Orne, Sarthe, Maine-et-Loire, and Ille-et-Vilaine.

For anyone who is interested, Paul Lintier’s book about his wartime experiences is available to read in French on Archive: 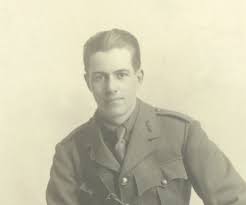 Born in Brixton, London on 9th January 1897, Dennis’s parents were Albert David Wheatley, a wine merchant, and his wife, Florence Elizabeth Harriet Wheatley, nee Baker. Dennis was the eldest of three children in the family, which owned the wine company, Wheatley & Son of Mayfair. Educated at Dulwich College after preparatory school, Dennis was expelled – apparently for forming a ‘secret society’.

Dennis then went to train at nautical school planning to join the British Merchant Navy.  He trained aboard the sail training ship HMS Worcester, which was moored off Greenhythe in Kent.  The Thames Nautical Training College, as it is now called, was, for over a hundred years, situated aboard ships named HMS Worcester.

Painting of the First boat race on the Mersey between cadets of HMS Conway, which was moored on the River Mersey, and HMS Worcester, 11th June 1891 by Charles William Wyllie (1853 – 1923).  The race became an annual event.

During the First World War, Dennis was commissioned as a 2nd Lieutenant into the Royal Field Artillery, receiving his basic training at Biscot Camp in Luton. He was then assigned to the City of London Brigade and the 36th (Ulster) Division and served in Flanders on the Ypres Salient and in France at Cambrai and St. Quentin. Gassed in a chlorine attack during Passchendaele, Dennis was invalided out of the Army.