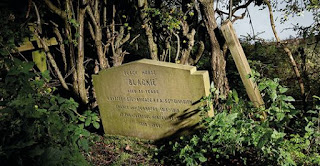 Blackie was the horse that belonged to the poet Leonard Comer Wall, who was born in West Kirby in 1896.   Leonard’s father, Charles Comer Wall, was a grocer and a Director of the firm G. Wall and Company of Liverpool.  Leonard’s mother was Kate Wall, nee Earle, from Newfoundland.  Before her marriage, Kate had attended a boarding school for girls in West Kirby.

Leonard was educated at Clifton Academy in Bristol.  He joined the 1st West Lancashire Brigade of the Royal Field Artillery and was commissioned as an officer.  The Regiment was posted to the Western Front with A Battery, 275 Brigade of the Royal Field Artillery in September 1915.  During that period, Leonard was Mentioned in Despatches. His horse, Blackie, served with Leonard in several of the major battles of the First World War, including the Somme Offensive, Arras, and Ypres, where he suffered severe Shrapnel wounds when Leonard was killed on 9th June 1917. Leonard is buried at Lijssenthoek Military Cemetery in Belgium.   At the time of his death, Leonard was engaged to be married to a young lady from Kent.

Leonard left instructions in his Will that his medals should be buried with his horse, Blackie.   He must have left more than that because “Blackie” was apparently among the few horses repatriated after the end of the War.  "Blackie" lived on until 1942 and when he died at the age of 35 in an RSPCA facility in Hunts Cross in Liverpool, he still bore the scars of the Shrapnel that killed his master. 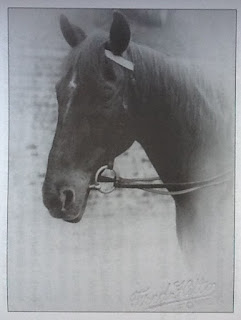 May Wedderburn Cannan was born at 34 St. Giles, Oxford on 14th October 1893.  Her Father was Charles Cannan, Dean of Trinity College Oxford, who also managed Oxford University Press and her mother was Mary nee Wedderburn. At the age of 18, May joined the Voluntary Aid Detachment and trained as a nurse, attaining the rank of Quartermaster. In 1913, she was instructed to set up a small hospital of 60 beds but when war broke out she had to step down in favour of a higher ranked officer and worked as an auxiliary nurse.

May went to Rouen early in 1915 to help run the canteen at the railway station known as the Coffee Shop.   Her most famous poem ‘Rouen’ recalls this period of her life.  In 1918, May went to work at the War Office Department in Paris for the intelligence department.   She met up with and became engaged to Bevil Quiller-Couch in Paris in December 1918.  Bevil, who was in the Royal Artillery and survived the war, died of influenza in Germany in 1919.  After his death, Bevil’s horse “Peggy” was returned to England to his father, Sir Arthur Quiller-Couch, a poet, writer and lecturer at Cambridge University, who had made arrangements for the horse to be returned to his home.   May’s poem “Riding” describes her feelings when riding the horse in Cornwall and is extremely moving.

May published three volumes of poetry – “In War Time” in 1917, “The Splendid Days” in 1919, which she dedicated to her fiancé, and “The House of Hope” in 1923, which she dedicated to her father.   May also wrote a novel based on her life experiences – “The Lonely Generation” - and in her 70s wrote her autobiography “Grey Ghosts and Voices”, which was published after her death.

With thanks to Clara Abrahams, May’s Granddaughter and www.oxforddnb.com for  her  help and for sending me the photograph of Peggy.

May’s most famous poem “Rouen” recalling the time she spent working at the Lady Mabell Egerton Coffee Stall at St Sever Station can be found on www.poetrybyheart.org.uk  This has been set to music with Clara’s permission by north-west composer Chris O’Hara and was performed for the first time by the Manchester Chorale on Saturday, 2nd July 2016 at St. Ann’s Church, Manchester M2 7LF.

Dame Lucy Innes BRANFOOT, who also served at the Coffee Stall in Rouen, died of bronchitis on 16th March 1916 aged 52 and is buried in St. Sever Cemetery, Rouen, Seine-Maritime, France. 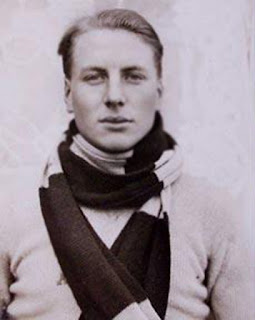 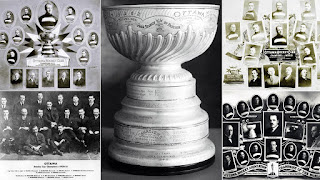 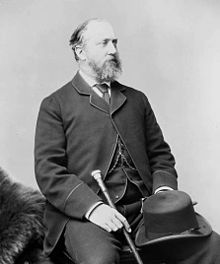 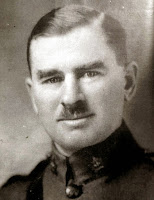