With many thanks to Peter Allen of the Facebook Group https://www.facebook.com/groups/427703193977953/ who brought this to my attention. Peter has managed to track down two of these amazing WW1 mementoes. 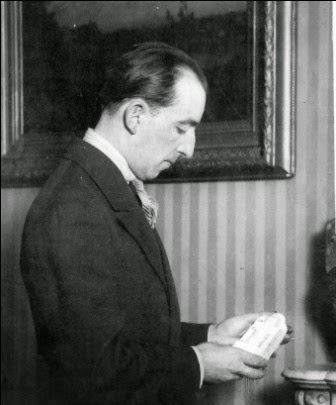 Kilometre markers or 'milestones' (road markers because the French count in Kilometers not miles)
marked the distances along the sacred road to Verdun in the First World War. The Voie Sacrée (in English : "The Sacred Way") is the road that connects Bar-le-Duc to Verdun which are both in the French Department of Meuse, France.  The road was given that name after the end of World War I because of the vital role it played during the Battle of Verdun.  It is 72 kilometres or 45 miles in length.

In 1927, Gaston Deblaize (1895 - 1935), a French sculptor and veteran soldier of the First World War, came up with the idea of making commemorative terracotta milestones and selling them as a means of raising funds and awareness of the plight of former soldiers who were living in the retirement home for "Gueles Casses" (in English 'broken faces') - in other words, those with sever facial injuries - at Moyssy-le-Vieux in France.  The expression 'gueules cassees' was coined by Colonel Yves Picot (1862 - 1938), the first President of the Association.

The hollow terracotta milestones were made up as containers shaped like the original milestones but 13 cm high x 6 cm x 3.5 cm.  A sample of soil from Verdun was placed inside each container The date "1914" was inscribed down one side and "1918" was on the other side;  the origin of the marker was inscribed on the back and front of the markers.  For example, "Verdun" or "Flandre" (Verdun or Flanders). The inscription "This terminal contains a sacred piece of soil from Verdun " was attached to the finished article.   French military veteran associations were closely involved in the process, members of the Association des Gueles Cassés (En. Association of Broken Faces) were present when soil samples were taken from Verdun.   These were then placed into the containers which were sealed under the watchful eye of a 'controller from the Association of Broken Faces". 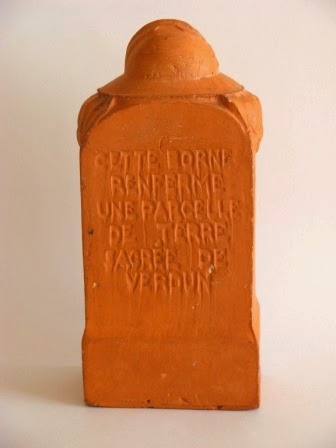 On 27th July 1927, the tenth anniversary of a French victory in Champagne, Gaston Deblaize and Albert Jugon from the Association of Broken Faces presented a special bronze commemorative milestone to the President of the Republic of France at that time - Gaston Doumerge.

Some years later, Deblaize began to sculpt larger milestones which incorporated a cross. These were 1m 20 high and inscribed to the memory of the soldiers who lost their lives and with the names of the main battles of the First World War in which French soldiers were involved - on the left Aisne, Alsace, Argonne, Artois, Belgium, Champagne and on the right Flanders, Lorraine, Marne, Somme, Verdun, Yser.

Deblaize was working on a project to have these commemorative milestones placed around the world.  There is one in Arlington Cemetery in Washington, DC. America, which was dedicated on 21st March 1929. Deblaize was working on the seventh commemorative milestone which was for Algeria to honour and commemorate the contribution and venerate the memory of the many soldiers from Algeria who fought in the First World War, when he died in 1935 and his work remained unfinished. 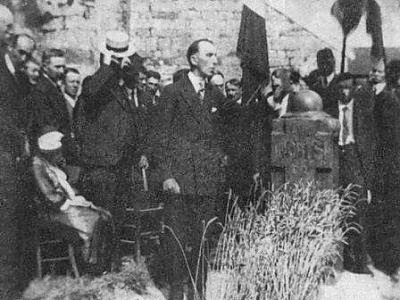