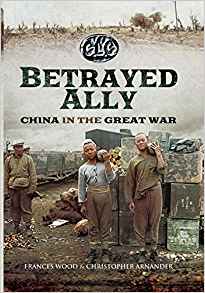 I first found out about the Chinese Labour Corps when researching Canadian Artist Mary Riter Hamilton for the Inspirational Women section of my commemorative WW1 exhibition project.  Mary was commissioned by the Canadian Amputees Association to travel to France in May 1919 to paint the aftermath.  She lived for three years in a tin hut among the Chinese workers who cleared away the mess left at the end of the First World War.   I was therefore very interested in finding out more about China during the conflict and pleased to find a book on the subject.


As the writers say in the Introduction: “Few in the English-speaking world have any idea of China’s participation in the First World War”.  This books puts that right.


Initially neutral, in October 1915, China presented a military aircraft to the British government;


200,000 Chinese workers served in Russia; they were caught up in the Revolution and ‘disappeared’;


One of the first battles of the First World War was on Chinese soil;


10,000 or more Chinese workers died or were killed – some at sea during the perilous journey by sea to France - due to the intense German submarine campaign against Allied shipping;


China officially joined the Entente Allies in 1917 and declared war on Germany;


China attended the Versailles Peace Conference in 1919 but felt belittled and betrayed and did not sign the Peace Treaty.


Reading this book, which, the writers explain, is aimed at ‘the general reader’ (that is most definitely me) helps us to understand the current situation in the world.   The writers explain in detail the recent history of China which became a Republic in 1912.   They tell us about the political intrigues, secret dealings and complex diplomatic negotiations that went on behind the scenes during the war years in the Far East.   What happened during the Versailles Peace Treaty is also explained and this undoubtedly led to the conflicts of the 1930s and beyond.


I particularly liked the notes on transliteration which explain the complexities of the Chinese language, for instance, the word ‘coolie’ means hard labour.  I knew there was a Commonwealth War Graves Commission Cemetery for Chinese Labour Corps members who died or were killed in France but I did not know about the Chinese Hospital at Noyelles-sur-Mer in France which was run by Douglas Gray, the former Medical Officer at the British Legation in China.


And interestingly, we learn that young British diplomats who worked for the British Civil Service and who wanted to volunteer for military service were discouraged from doing so because it was thought a waste of their long years of training in diplomacy, though young men in the Consular Service were eventually allowed to join up (p. 58).


Illustrated throughout with maps, cartoons, photographs, charts and diagrams and including appendices detailing recent Chinese history and prominent personalities of WW1 and with copious explanatory notes and a comprehensive index, this book is required reading for anyone interested in the First World War.

The Knuts in WW1 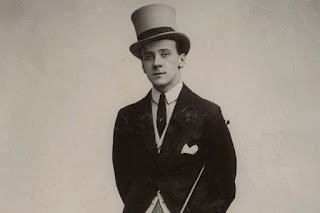 The Knuts came to fame in the review “The Passing Show” which starred Basil Hallam as “Gilbert the Filbert”.  Knuts were Edwardian men-about-town, usually the younger sons of wealthy families.   In his Jeeves and Wooster novel “Joy in the Morning”, P.G. Wodehouse described the typical Knut as “humble, kindly, and lovable”.
"The Passing Show" introduced the American actress Elsie Janis to British audiences and opened in London at the Palace Theatre in April 1914.   At around that time, Elsie and Basil became secretly engaged and set up home in Liverpool.   When war broke out, Basil joined the army and was killed in the first months of WW1 on the Western Front when he jumped from his Observation Balloon and his parachute failed to open.   Elsie never got over his death.
Jack Buchanan the actor (1890 – 1957) was not passed as fit to join the armed forces during WW1 and continued with his acting, singing and dancing career.  He became known as ‘the last of the Knuts’.
Elsie went on to entertain the troops on the Western Front during WW1 and then had a career as an actress and writer.
Jack Buchanan made his name as a film actor as well as a musical comedy star. 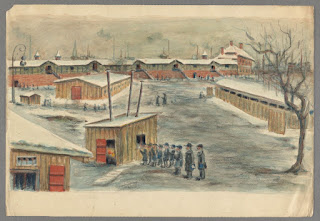