Perhaps most famous for his illustrations of the A.A. Milne stories about Winnie-the-Pooh 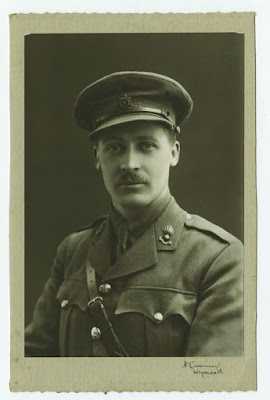 Ernest Howard Shepard, known as ‘Kip’ (from the musical hall term ‘giddy kipper’ meaning someone who was excitable), was born on 10th December 1879 in St. John’s Wood, London, UK.  He was the second son and youngest child of Henry Shepard, an architect, and his wife, Jessie, nee Lee.  Jessie was a daughter of William Lee the artist who co-founded “Punch” magazine.  Ernest had a sister, Ethel, J., b. 1877 and a brother, Cyril H., b. 1878. As a child he was interested in the Army and in guns and how they worked.

Educated at Colet Court preparatory school, then St. Paul’s School, London, where his uncle was a master, Ernest studied art at Heatherley School of Fine Art.   He went on to win a scholarship to study at the Royal Academy Schools.  In 1901, Ernest had two works accepted by the Royal Academy for their Summer Exhibition.  He also drew cartoons for the magazine “British Boys”.

Ernest’s father died in 1902.  Ernest met a fellow art student called Florence Chaplin, known as “Pie”, and they were married in 1904.   In 1906, Ernest had his first illustration published in “Punch”.

When war broke out, Ernest volunteered to join the Army and joined the Royal Artillery on 14th December 1915.  He served on the Western Front from 10th June 1916, seeing action during the Somme Offensive.  Ernest wrote letters home and made numerous sketches and took photographs where possible.  Ernest’s brother Cyril joined the Devonshire Regiment and was an Acting Second Lieutenant when he was killed on 1st July 1916 during the Somme Offensive.  Ernest was able to locate his brother’s grave and visited it regularly.

Ernest’s regiment of Royal Garrison Artillery also saw action during the Arras and Passchendaele Battles.  In May 1917, Ernest was awarded a Military Cross for his courage and bravery during an attack on the guns on 23rd – 24th April 1917. 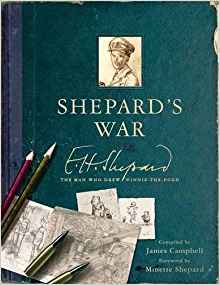 After the Italian defeat at the Battle of Caporetto, Allied troop reinforcements were sent to the Italian Front. Ernest and his 105 Siege Battery were posted to Italy on 12th November 1917 and were initially based on Montello Hill, overlooking the River Piave.   During home leave in May 1918 after attending a gunnery course, Ernest received his Military Cross from King George V at Buckingham Palace.  His leave ended on 24th June 1918 and Ernest returned to Italy, where he remained until March 1919, supervising the exchange of prisoners of war, the return of displaced people to their homes, where possible, and the securing of all arms and equipment.  Ernest was promoted to Acting Major in January 1919.

After the war, Ernest continued working for “Punch” and one day a fellow “Punch” contributor, the poet E.V. Lucas, father of poet Audrey Lucas, (see https://forgottenpoetsofww1.blogspot.com/2017/10/edward-verrall-lucas-ev-lucas-1968-1938.html and
https://femalewarpoets.blogspot.com/2013/10/todays-ww1-female-poet-audrey-lucas.html), approached Ernest regarding illustrations for some verses written by A.A. Milne (https://forgottenpoetsofww1.blogspot.com/2016/07/aa-milne-1882-1956-british-writer-and.html). And so began one of the most successful collaborations in literature.  Initially published in “Punch”, “When we were Young” was published in 1924.

Ernest married Norah Carroll, a nurse, in November 1944.   In 1954 he parted company with “Punch” after fifty years as a contributor and 20 years as Chief Cartoonist, when Malcolm Muggeridge became editor of the magazine.  Ernest was awarded an OBE in 1972 and died in Sussex in 1976.
Source: