Maoris in the First World War 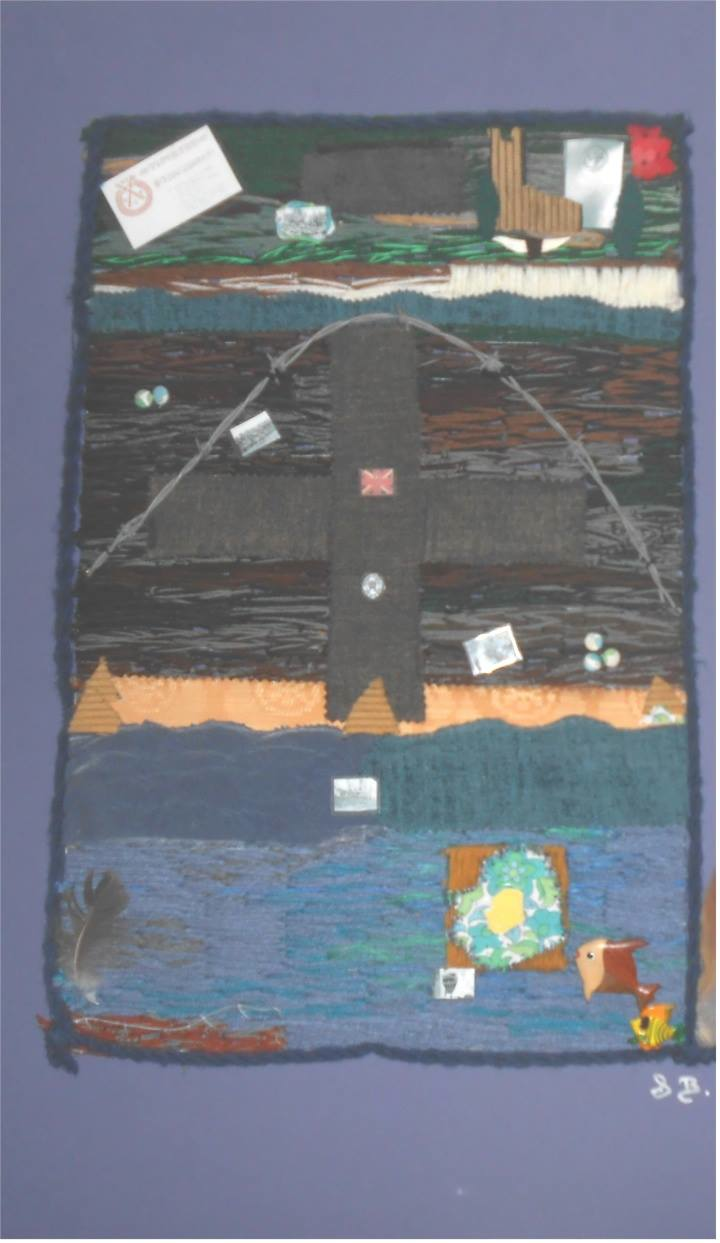 This WW1 commemorative project is in memory of my maternal Grandfather, who was an Old Contemptible with the Royal Field Artillery who survived the war and went on to serve in WW2, and my Great Uncle who was killed at Arras on Easter Monday, 9th April 1917, the same day as the poets Edward Thomas and R.E. Vernede.


I began researching just over two years ago when Dean Johnson of The Wilfred Owen Story in Argyle Street, Birkenhead, Wirral asked me to produce an exhibition for his museum.   Since then I have not stopped and have been amazed at the huge amount of information there is.  I have barely scratched the surface.  I even dream about the project and quite often wake up in the middle of the night thinking of a name.

On 14th September, I woke up thinking of Tonga and the islands in the Pacific and the part they played in the first conflict that affected the entire globe.  So I had to look up their involvement in WW1.  I mentioned this on Facebook and Sonia sent me a photograph of one of her beautiful works of art.

The work of art in question is a wall hanging showing the horrific journey of the islanders to the western front via Egypt.  Sonia also included the poem "Despise not the day of small things" written by E. Mary Cruttwell, which was featured in 'The Fiery Cross' WW1 Poetry Anthology, edited by Mabel C. Edwards and Mary Booth and published in 1915 by .

Sonia says :  "I was so moved to indignation I did this wall hanging showing the islanders' horrific journey to the western front via Egypt. I also included the poem by Mary Cruttwell.

The yellow represents Egypt see pyramids.   The central section is the Western Front.  The photo shows the Nuiens on trench digging, then the top is the white cliffs of Dover and Hornchurch " Horns from coat of arms "where they were sent to recover or die.  The photo of a grave Card in the left hand corner is "A long way to Tipperary" as sung in Maori." 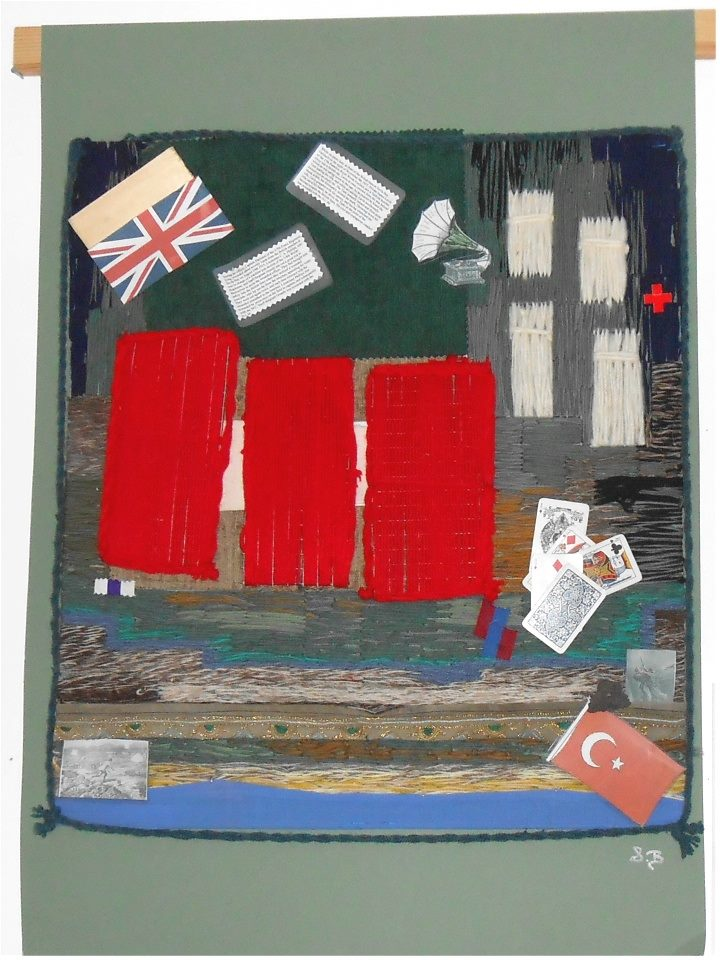 With many thanks to Sonia, who is a Textile Artist and Storyteller who lives in Scotland, where she is well known for her unusual interpretations of myths and legends, folklore and traditions.  She designs and makes wall hangings incorporating fabric, weaving and objets trouvés.

The photo on the right shows Sonia's wall hanging for the poem by Winifred M. Letts entitled "Screens".  Winifred was a nurse and a member of the Almeric Paget Military Massage Corps - the team who in the First World War pioneered the work now knows as physiotherapy

To find out more about Sonia's wonderful work, please see http://www.spanglefish.com/abhrasstudio/
Posted by Lucy at 12:43