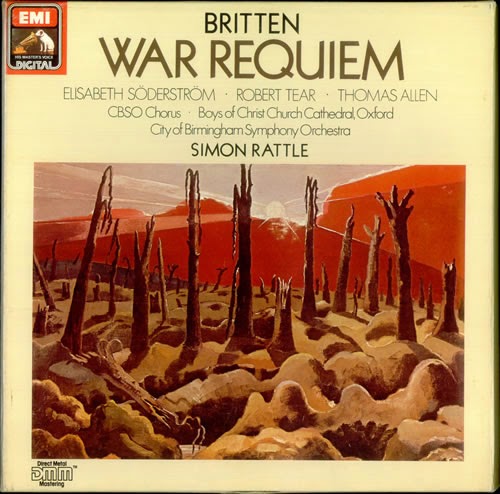 
To mark the centenary of The First World War, Roger Williams  will perform Wilfred Owen/Benjamin Britten’s War Requiem, accompanied by the Choir in Selwyn College Chapel, Cambridge.  You can read more about the War Requiem here: http://en.wikipedia.org/wiki/War_Requiem


Wilfred Owen was educated in Birkenhead, Wirral and in Shrewsbury.  He joined the Artists' Rifles on his return from France where he had been working as a private tutor.  He was commissioned into the Manchester Regiment and was killed on the Sambre Canal in France near Ors, on 4th November 1918.

There is a museum to the memory of Wilfred Owen at 34 Argyle Street, Birkenhead, Wirral.  This will be open on Saturday, 13th September 2014 as part of National Heritage Week from 11 am until 2 pm.